During June 2007, Tracey, Dad, Sanjeev, Alex and Sandra visited us here in Dublin and we took the opportunity to see some of the continent. The highlight being a week long canal trip down the River Saone in Burgundy, France. It was an awesome trip and a good time was had by all.

Sunday, June 3 Dad and Tracey arrived via Singapore and Manchester from Sydney, apart from the lost luggage in the Manchester the flights went smoothly. The weather was a bit miserable, but we managed a drive around some of the scenic parts of southern Dublin - Kilinaney, Bray and Dalkey. Dinner was with Jason Groake and Lisa McInerney, who also live in Dublin. 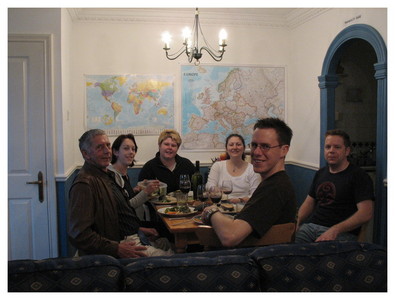 Monday, June 4 the weather was still a bit drizzly, the only sensible thing to do was to head for the Guiness Storehouse for a review of how they make the black stuff and sample a scoop or two. 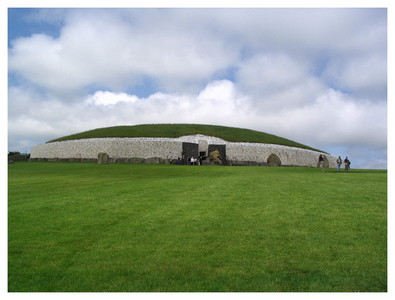 Tuesday, June 5 the weather had improved and we headed about an hour north of Dublin to a place called Newgrange, and ancient (5000 years old - predating the pyramids of Giza and Stonehenge) passage tomb that has a passage that lines up with sunrise on the shortest day of the year. It is also the origin of the famous triple spiral that you often see on Irish souvenirs. The interesting thing is they don't really know who built these prehistoric monuments, just people who were around 5000 years ago. 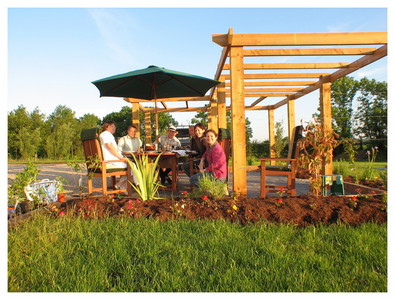 Dinner were enormous t-bone steaks provided by Hugh and Patzi at Blackstick Cottage - 5 star hospitality and a great night.

Wednesday June 6 was spent checking out Glendalough, a village from around 900 AD in the Wicklow Mountains, just south of Dublin.

Thursday June 7Dad, Tracey and myself boarded the ferry for Holyhead in Wales and made our way over to York to visit Jean Shaik. We stopped at Conwy Castle for lunch on the way, a huge 13th century castle that is mostly intact. It was great to see Jean and her sister in York, we were shown great hospitality and a tour of York. We stayed at the Blossum's B&B right in York which was excellent. Unfortunately we could not spend too much time in York and had to head up to Newcastle the next morning to catch the ferry to Stavangar, Norway.

Friday June 8, the SatNav proved a life saver through out the whole trip and it was quickly demonstrated on the leg from York to Newcastle. The SatNav (Karen) was estimating 90 minutes for the trip, upon asking several locals in the morning how long it would take estimates ranged from 3-5 hours depending on traffic, which was bad because it meant that we had missed the ferry! One fellow was so confident about his travel estimate that he even threw in an anecdote about how a few years ago he once drove right across the UK "it's a bigger country than most people think", I didn't have the heart to tell him we did that the day before ... after lunch. I was a bit worried so hurried off to the car to make way - the trip took around 95 minutes. As Hugh said, with a SatNav and a MB the world is your oyster. 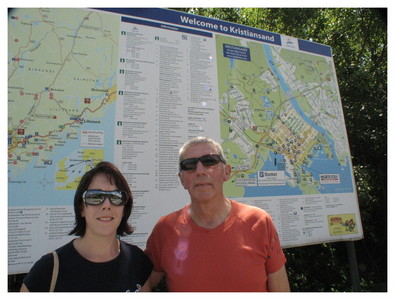 Sat 9 June Arrived in Stavangar at around 0830, easily locate the car on the boat deck and disembark, try to remember to drive on the right hand side of the road and make our way to Kristiansand. First stop the solicitors office to look at making some claims. Our accommodation was a bit more basic than expected, basically shipping containers in an industrial area! Very creative photography was used on their web site. The good thing was that it was right on the beach in the center of town, the